On the second day of France-mas, my friend and I went to
Giverny and Champ de Mars.

We had overestimated ourselves the day before (what with our excitement at the late Parisian sundown), and woke up rather late the morning after.

We planned to take a day trip into Giverny, 80kms from Paris, in the province of Normandy. Of most note in the area is the painter Claude Monet’s house, where he settled and grew a magnificent garden with archways, a pond, water lilies.

We arrived at Gare Saint-Lazare to book our train to Giverny at almost noon. Unfortunately, we could only take a later train. We bought our tickets and while waiting for boarding time, we decided to get a few things for our planned picnic at Champ de Mars later that day. Or rather, that night.

(We obviously didn’t heed the warning of our late rising.) 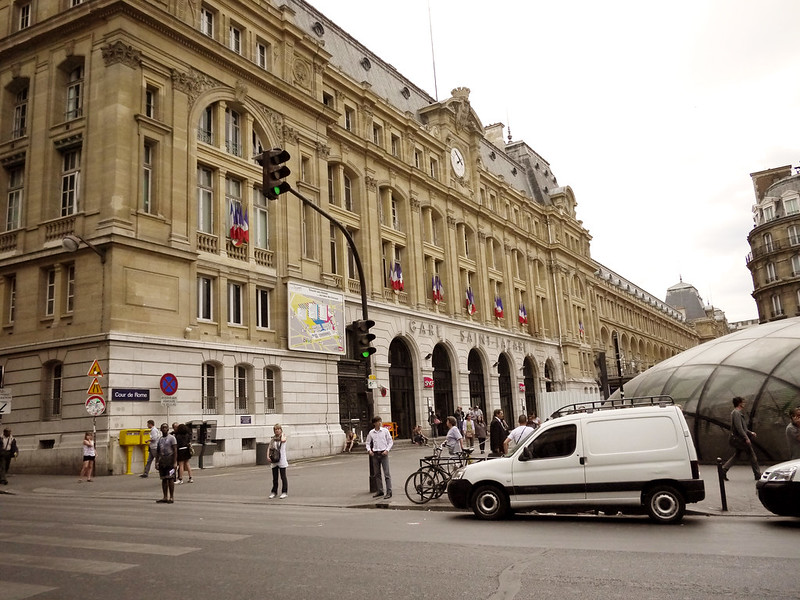 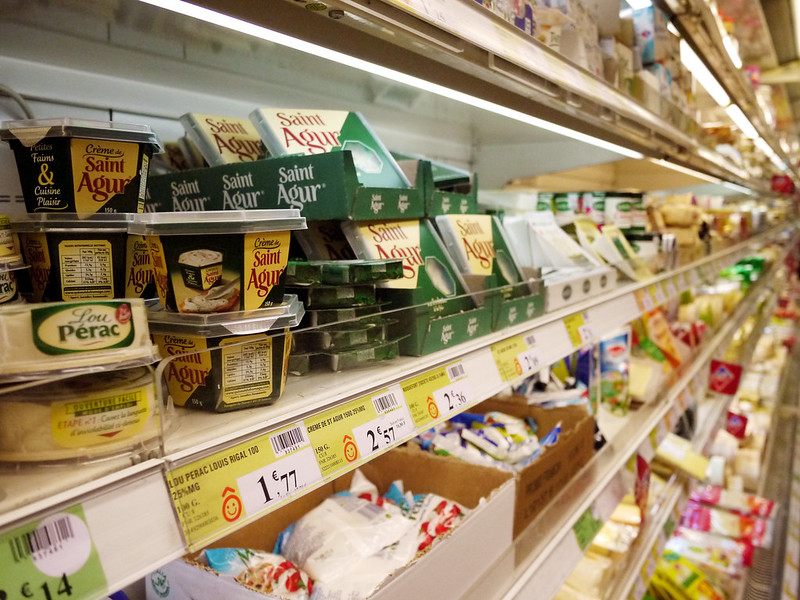 Since it was late when we arrived at Giverny, and we didn’t have most of the day as we’d originally planned, we decided to skip most of the sights and focus on Claude Monet’s house and gardens.

It was a leisurely walk to house. 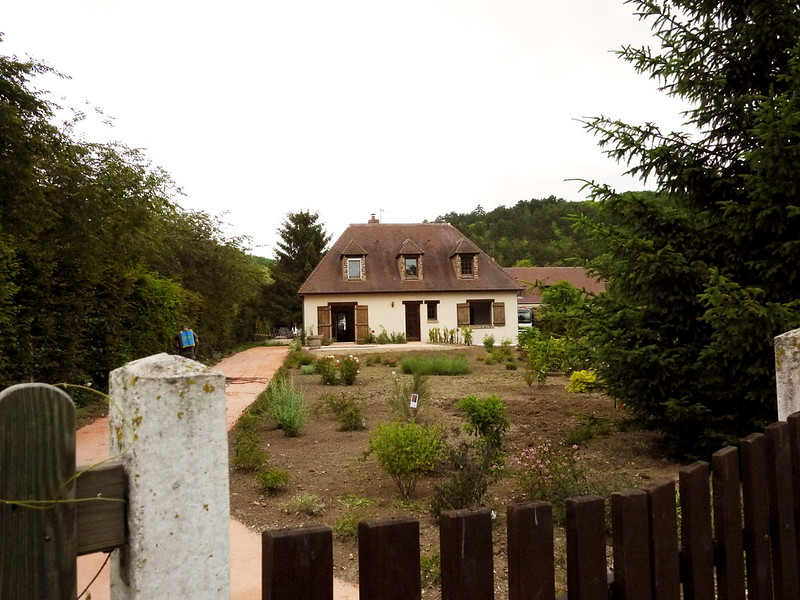 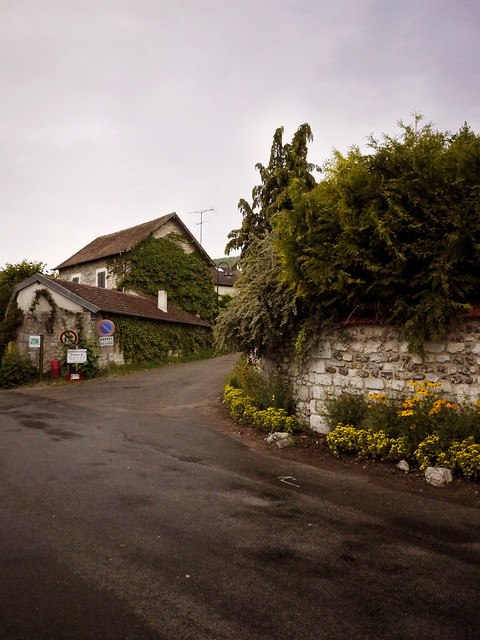 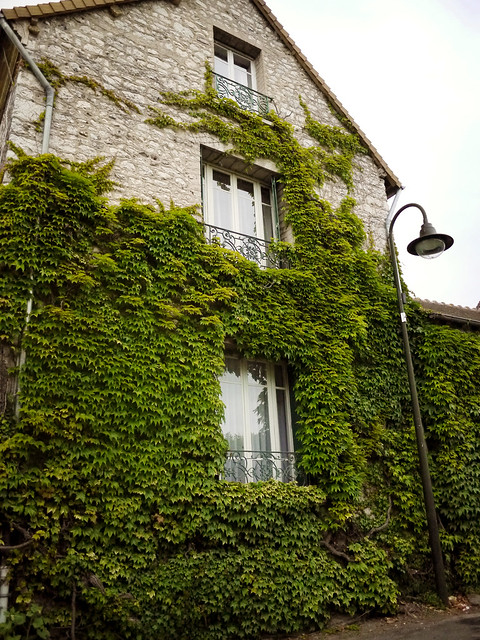 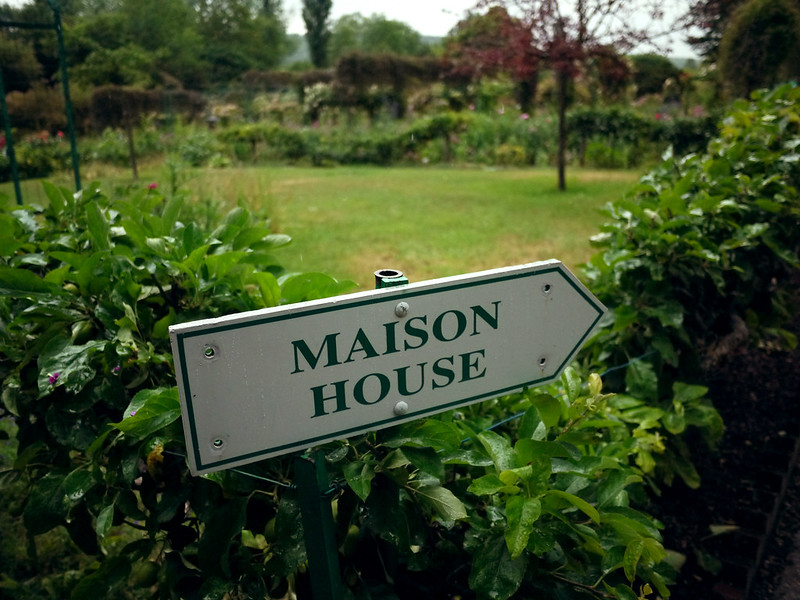 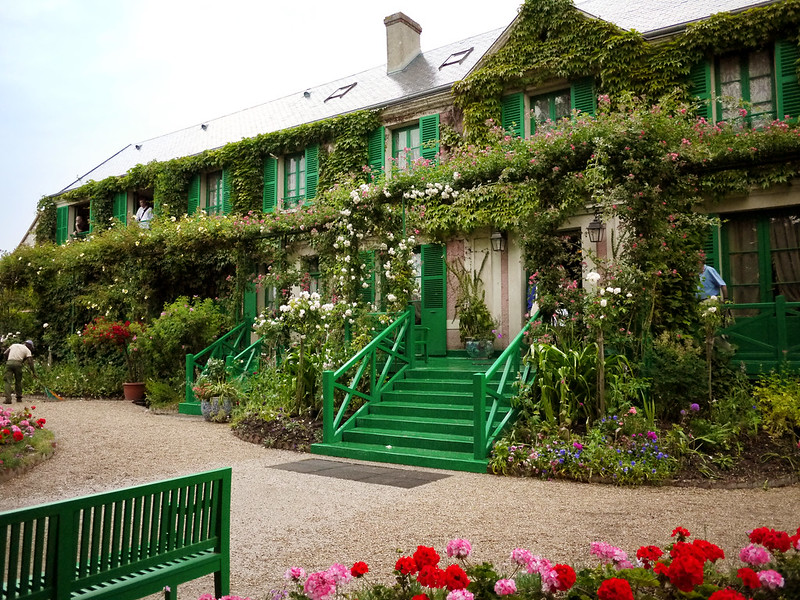 We started with the house proper, although we were not allowed to take photos.

I do remember taking this shot from an inside window with someone looking on. That one’s okay. 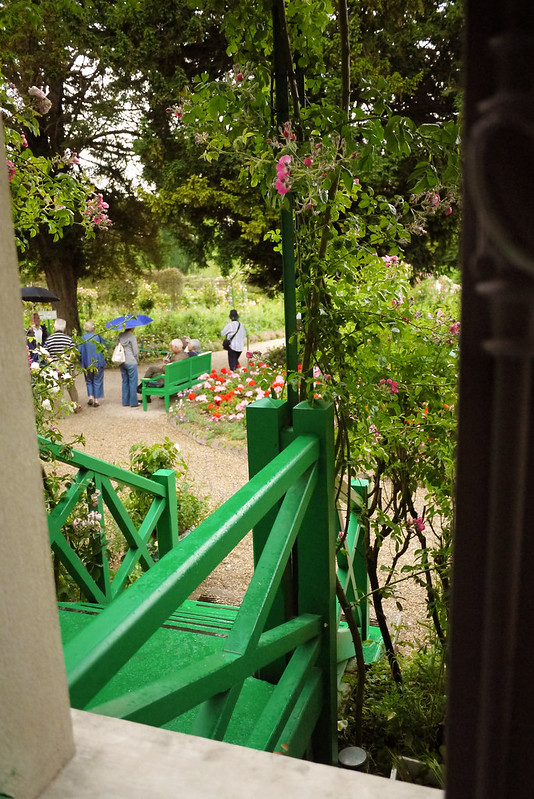 But I was still able to sneak in a few surreptitious shots. Shhh. 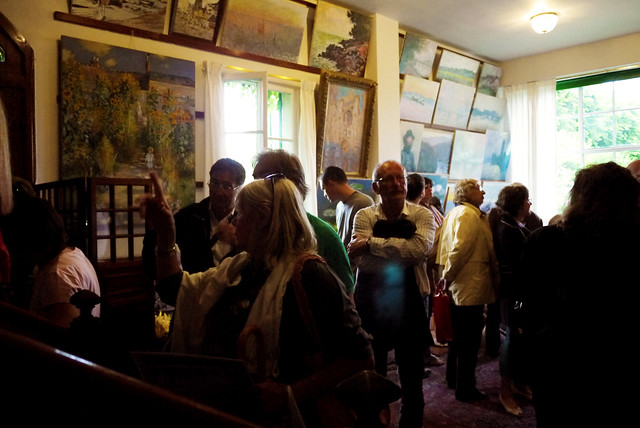 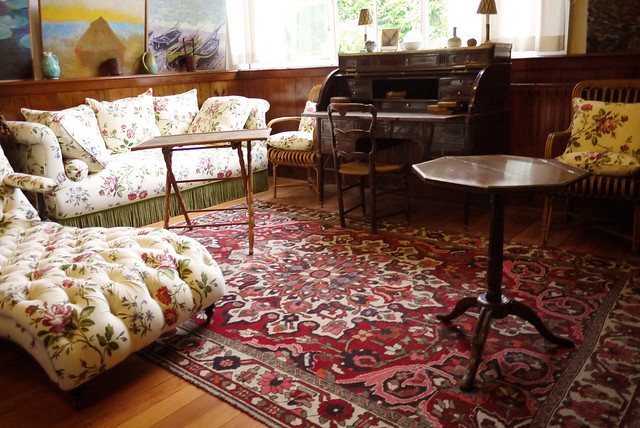 There were a lot of people (as you can see). As such I didn’t enjoy the inside of the house as much, though I felt it was well reconstructed and I would have liked to stay longer and have a better look at the detailing. (There are more details at the official site.)

We stepped out and proceeded walking though the magnificent gardens, taking photos of our surroundings, of each other. 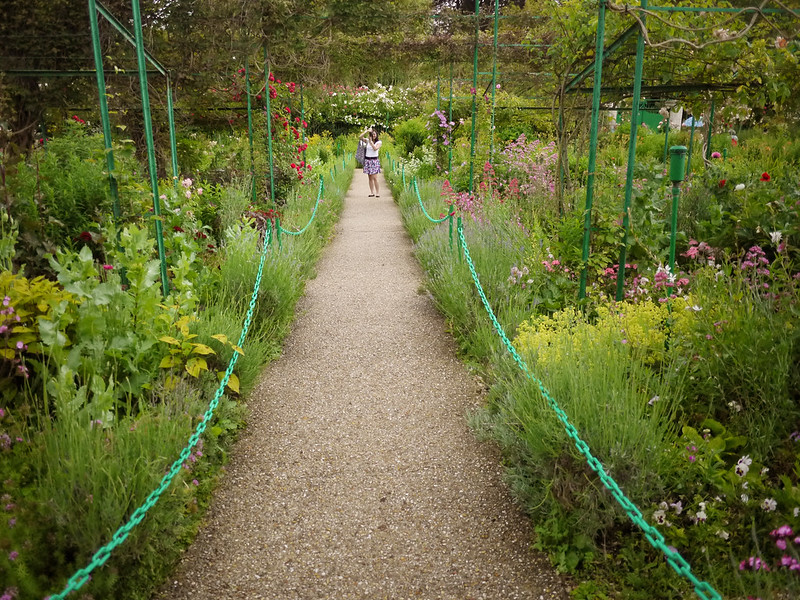 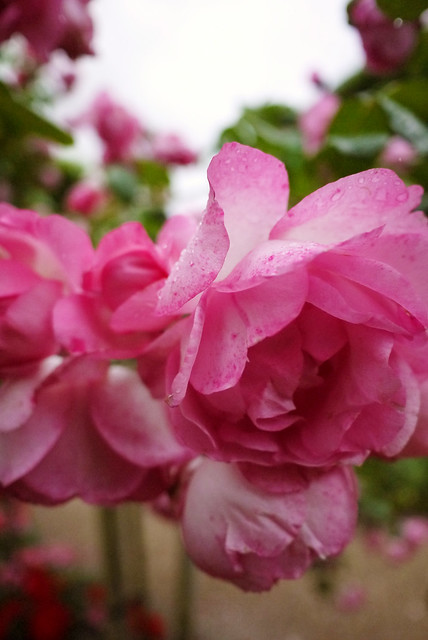 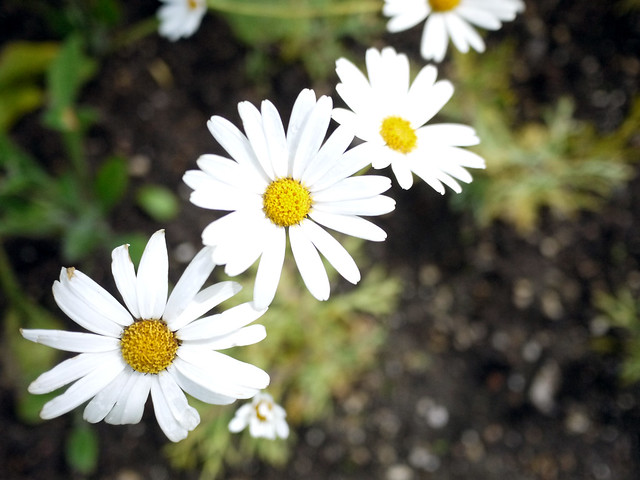 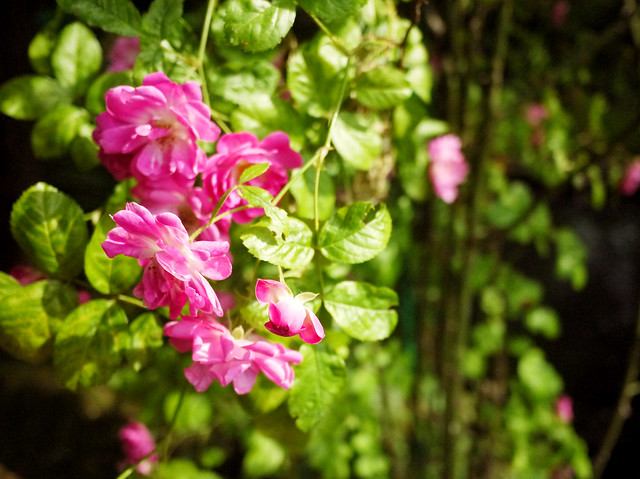 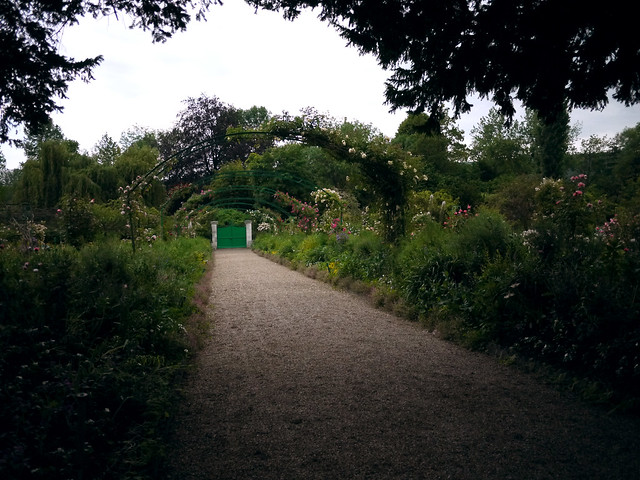 The lovely lily pond. Formed by a tributary to the Epte river, Monet installed a Japanese bridge, and planted water lilies, wisterias, and azaleas all around. 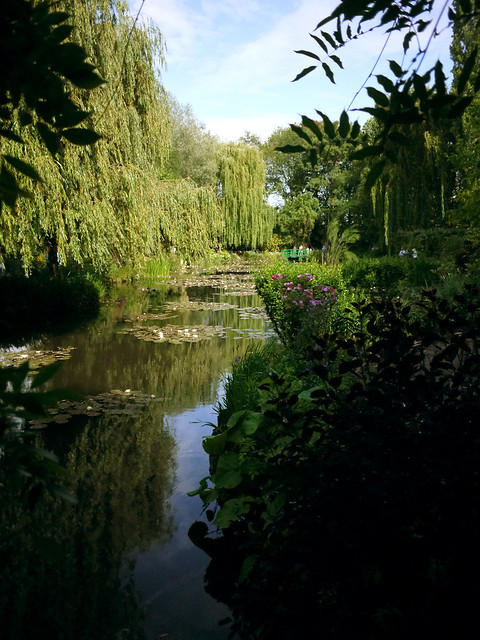 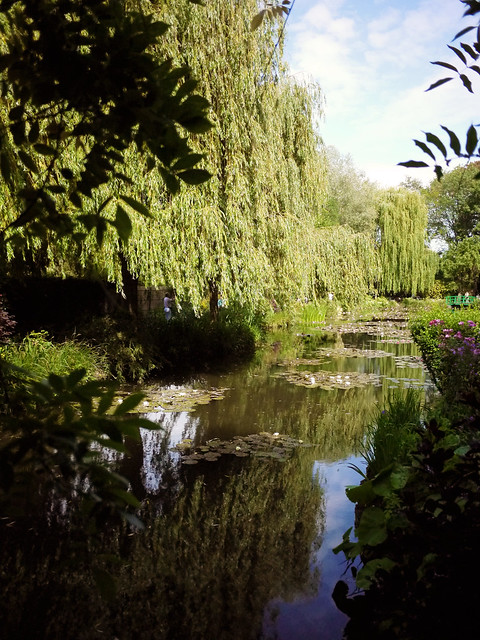 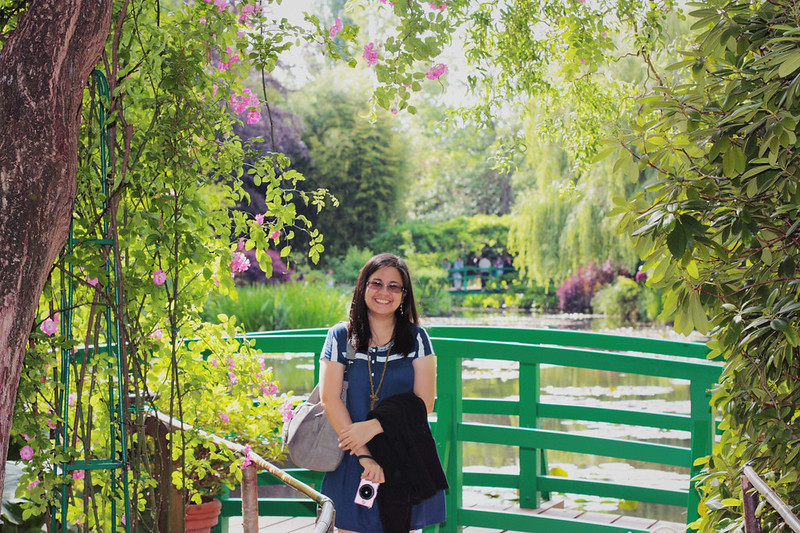 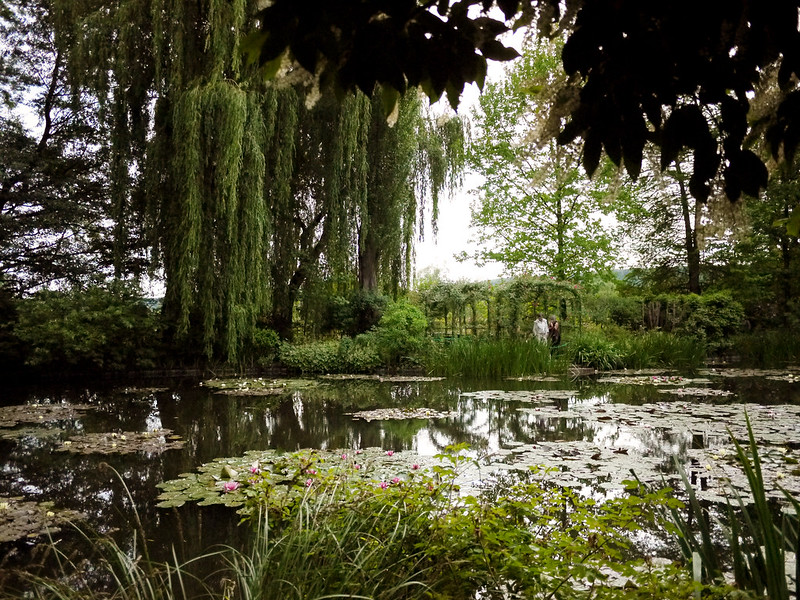 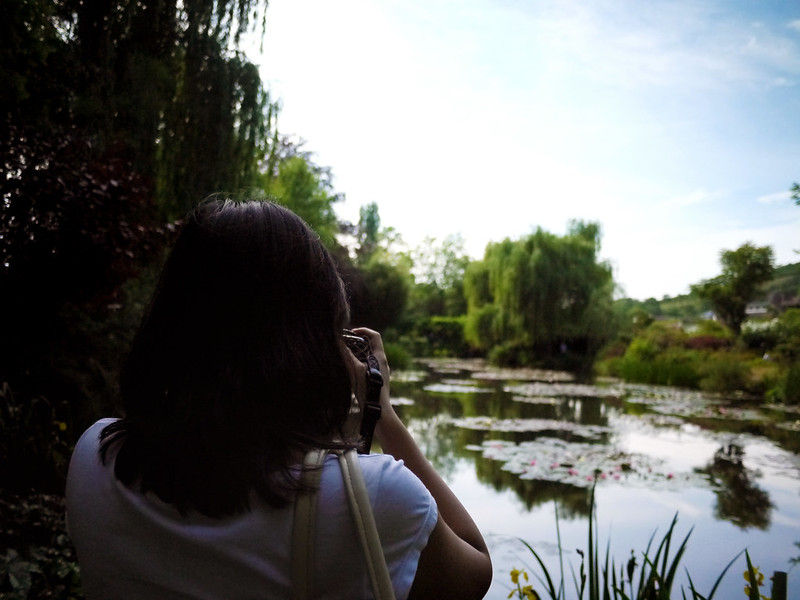 As we were leaving, we saw a few ladies carrying large easels come in at closing time. It seems that they open the gardens for a time after closing for those who would like to paint.

We headed to the Eiffel Tower after arriving in Paris. We were a little lost, but honestly, with the Eiffel just, uh, towering above all the trees, you can’t really get lost now, can you? 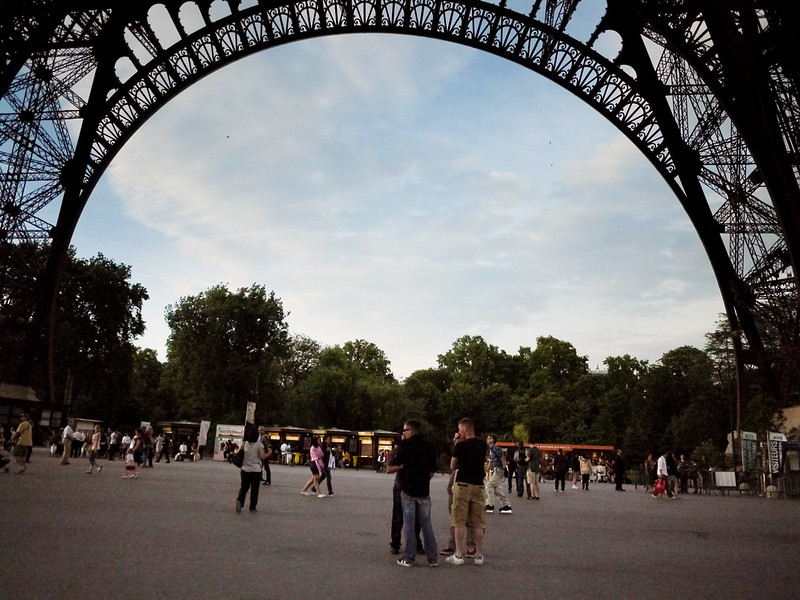 We were toying with the idea of going up the tower. We didn’t. The queues were long.

Champ de Mars is the park directly across the Eiffel Tower, extending from the tower to École Militaire, Military School, at the other end. The closer you get to the tower, the more people there are, and the nicer the grass is. 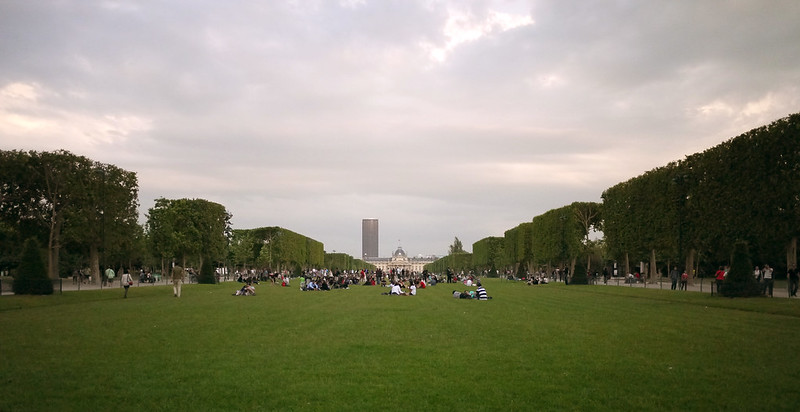 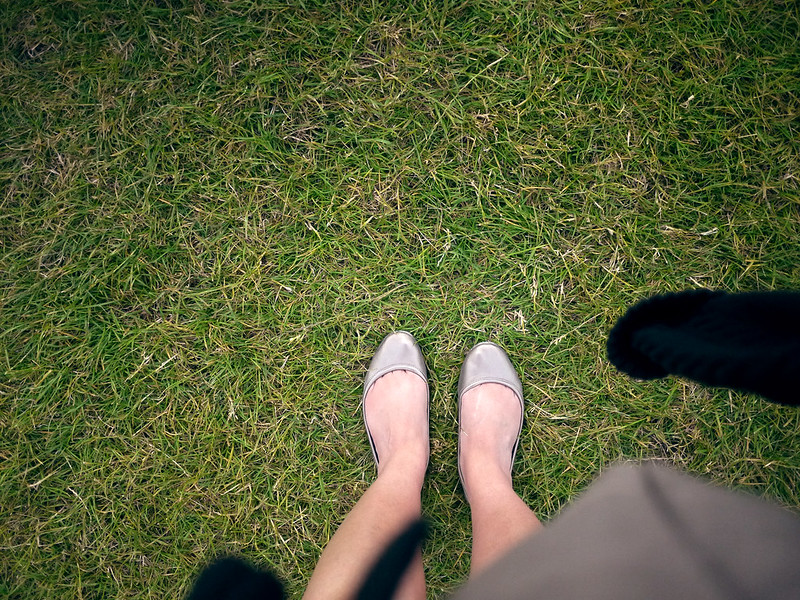 Armed with our picnic, we settled on the grass. We ate, we talked, we took photos until sundown. 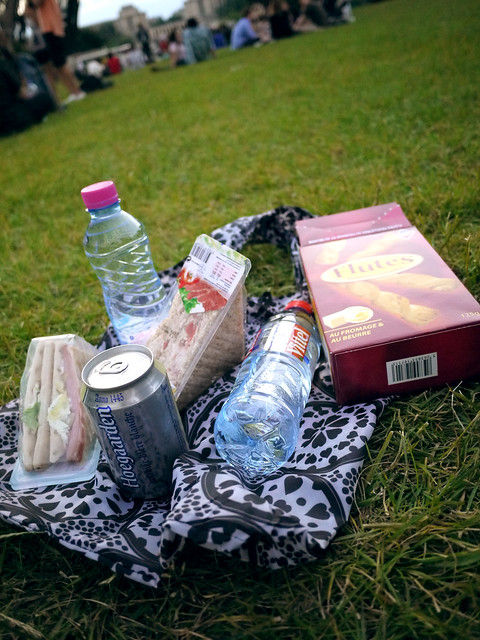 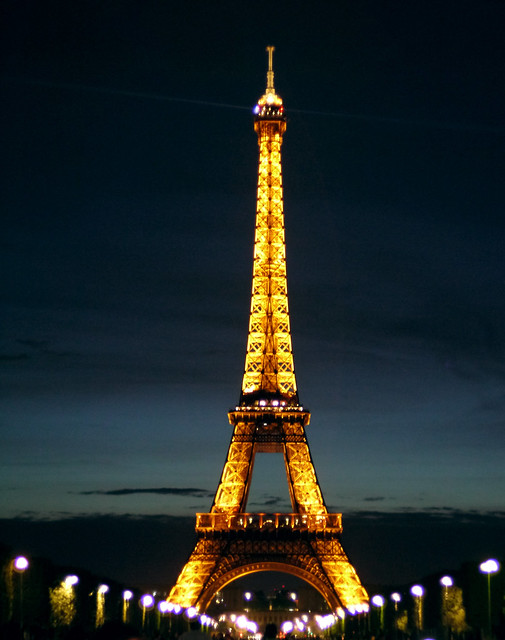 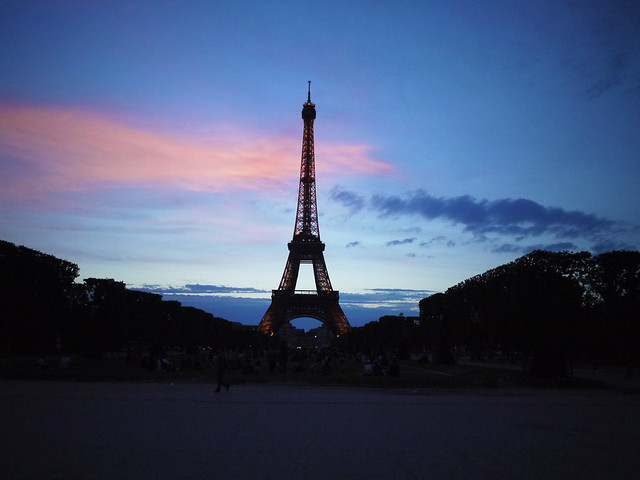 Take a look at my friend’s posts on our second day:

« A visit to Australia Zoo in Queensland, Australia